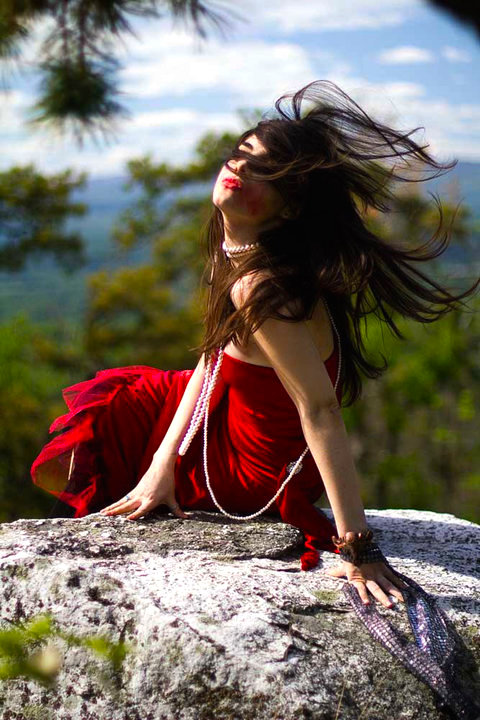 ♣                 After graduating from NYU Tisch School of the Arts as a full scholarship recipient in Dramatic Writing and Studio Art, Laura Gia West began her career by interning and working with renowned film luminaries such as Martin Scorsese, Thelma Schoonmaker, Scott Rudin and Andrew Lauren.
Born and raised in New York City, Laura’s diverse upbringing gave her the colorful experiences and determination she needed to pursue a career in the arts.  She grew up in a Russian/Armenian home where her father, Vlad West, was a legendary jazz musician (played with Duke Ellington, Gerry Mulligan, Thad Jones, Tony Scott) and the film Moscow on the Hudson starring Robin Williams, was based on his life stories.  Surrounded by creative support, Laura wrote hundreds of rhyming poetry by the age of six and her first feature screenplay at the age of thirteen.  She hasn’t turned back.
Taking one-on-one master classes with Linda Gottlieb (producer of Dirty Dancing), Laura was chosen among a select few to partake in Writers Guild of America’s screenwriting workshop.  She has won several awards for her writing including a Bulova Grant Award, was a competition finalist for Scholastic, a semi-finalist with Disney/ABC, a finalist for The New York Film Festival and won a Bertelsmann Foundation Award for her songwriting (recorded by Sony BMG). Most recently, her original TV pilot placed as a second-rounder for the Austin Film Festival, as well as her horror feature screenplay. She was a semi-finalist for the 2020 Creative Screenwriting Unique Voices Screenplay Competition, quarter-finalist for the 2017 Page International Screenwriting Competition, and winner of the Script Pipeline – First Look Project Competition, where her screenplay garnered first place in the Horror Category.
She has worked as head of development for Sterling Films (multi-Emmy award winning production company) where she developed stories, wrote viral videos and screenplays (writer for B&G Foods, post-production editor/story developer for feature documentary Eat, Drink, Laugh starring Ray Romano, Gilbert Gottfried, Chris Rock etc., and was a producer for a Dryel commercial).  She became a staff writer and script consultant for a negotiated Netflix series at the time entitled The Family Business (NY Times Bestseller).  She also taught screenwriting at Lights Film School with students enrolled from around the world.  Her debut novel, Dead School, was published by Black Rose Writing on November 15th, 2018.
Inspired by beloved children’s authors (Roald Dahl, R.L. Stine, Lewis Carroll, JK Rowling, Dr. Seuss, Peggy Parish, Betty MacDonald) and by wonderful writers of other genres (Tim Burton, Caroline Thompson, Aimee Bender, Dostoevsky, Stephen King, Franz Kafka), Laura aspires to create and submerse herself in worlds that are begging to be shared.

To get the latest update of me and my works